What happened to Trump’s peace deal? 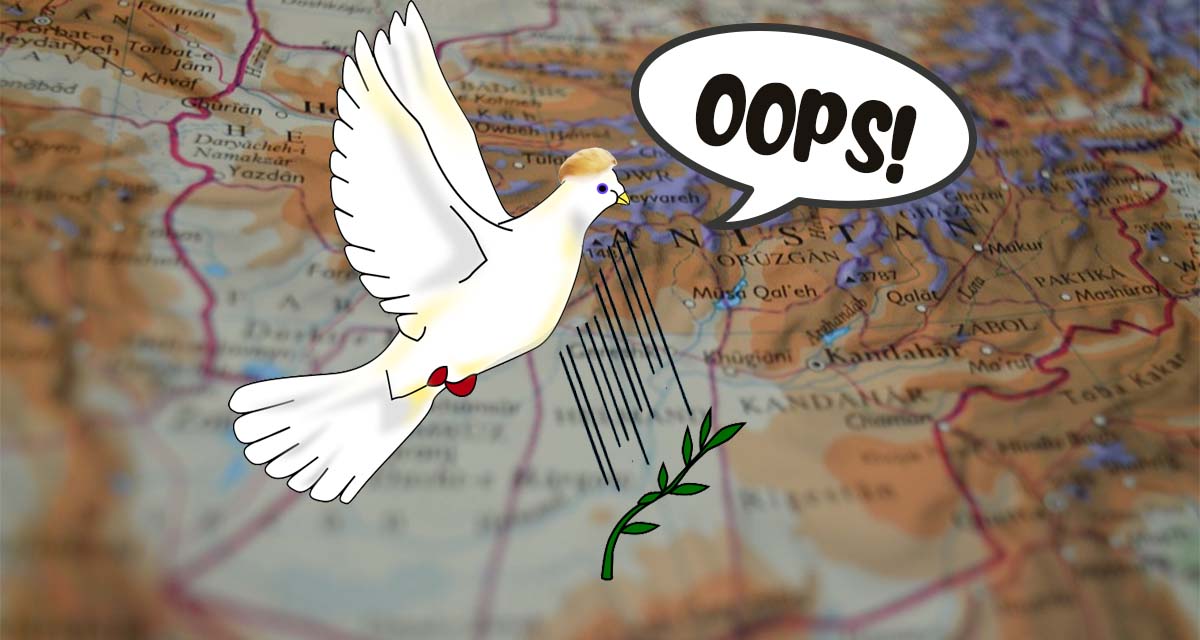 When dealing in matters of war and peace, shouldn’t a president sort of know what he or she is doing? But that’s not Donald Trump’s way.

On February 29, he grandly announced that he had cut a peace deal to end America’s deadly, costly war against Afghanistan’s repressive Taliban. But – oops! – only three days later, the war suddenly restarted.

What happened is that poor Donald is simply in over his head in dealing with the complex and perplexing collection of regional warlords who make up the Taliban’s fierce and treacherous fighting force. Indeed, just hours before his peace accord literally blew up in his face, Trump bragged that he had talked personally with “the leader of the Taliban” and been assured that they wanted peace. But it turns out that the guy our President called was not the leader of that fractious group of warriors, but a career Taliban politician who had long ago had a falling out with the warlords.

As the CIA’s former chief of counterterrorism could have told Trump, if asked, the contingent of dealmakers he was talking to “are largely disconnected from and disrespected by the Taliban’s senior leadership.” But, as we’ve learned, it’s not this president’s style to listen to people smarter and more knowledgeable than he is. So that’s why his peace deal lasted three days.

The larger lesson, though, is that brute military force by an outside power – whether in Afghanistan, Vietnam, or wherever next – is not a path to victory, much less peace. For years, even as Bush, Obama, Trump, and their political enablers were bragging that they were bringing democracy to Afghanistan, they were jiving and outright lying. As one strategic Army planner has now admitted: “We didn’t know what we were doing.”

Tell that to the thousands who’ve died from the ignorance and lies of our so-called leaders.