What is the proper name for a kakistocracy? 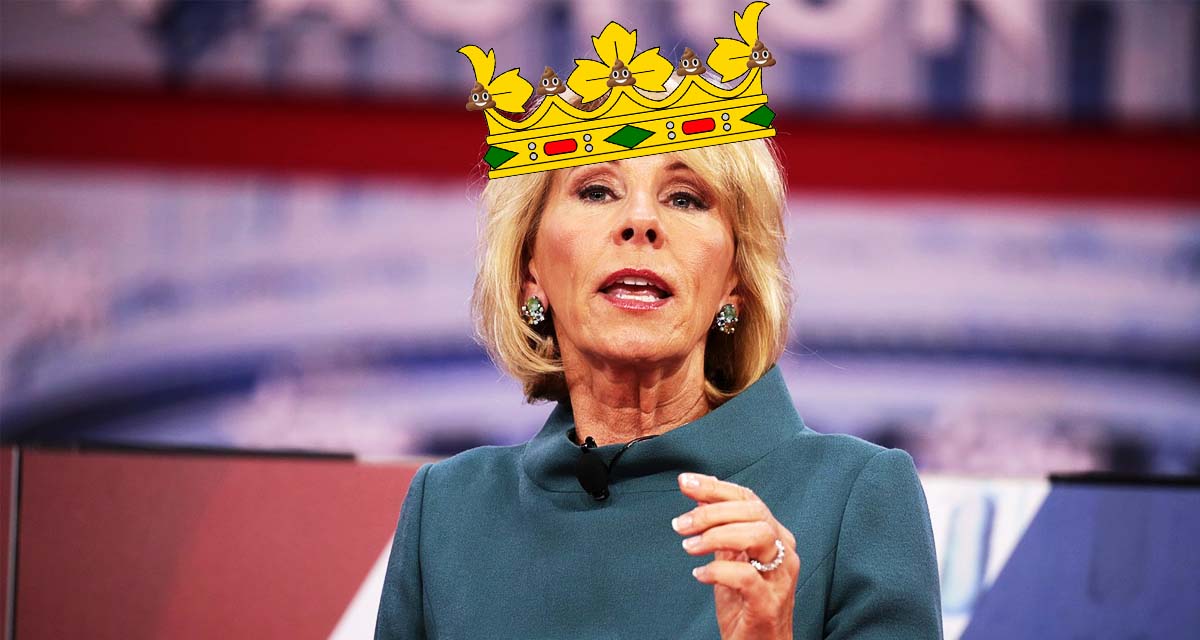 Times of great adversity not only bring out the best and worst in society, but they also flush out some of the stinkiest and slimiest creatures. Think of war profiteers… or hucksters who prey on poor hurricane victims… or, Betsy DeVos.

Even in the Trump Kakistocracy, DeVos stands out as an especially loathsome plutocrat, constantly trying to weasel her far-right-wing corporatist agenda into law. As education secretary, the billionaire heiress has been an out-of-control wrecking ball of America’s public schools, constantly conniving to drain tax dollars from public education into for-profit private schools – including some she personally invests in. Worse, she keeps trying to rig the rules so fly-by-night for-profit colleges can more easily defraud their low-income students to enrich Wall Street investors who own these educational chains.

Now, the devilish DeVos is using the national coronavirus relief program as a way to impose her ideological agenda on American education, quietly pushing school districts to use some $58-billion in COVID-19 education money to fund wealthy private schools at the expense of lower-income families. Officials in New Orleans, for example, say her plan would put 77 percent of their school relief allocation in private entities, and Pennsylvania says more than half of its school relief money would flow from the “most disadvantaged to more advantaged students.”

In addition to perverting the disaster program into a slush fund for her privatization agenda, DeVos has tried to pervert logic into Orwellian Newspeak. If the public money went primarily to public schools, her political staff explained, it would place wealthy, non-public schools “at a disadvantage.” Yes, in DeVosWorld, the needs of the poor rich must come first, so they’re not discriminated against by the… you know, the actually poor.

“Kakistocracy” is government by the very worst people in society, and now it has a proper name: Betsy DeVos.