Wartime profiteering has been as common in our country as war itself.

Indeed, during the American Revolution assorted corrupt merchants and traders lined their pockets by controlling the supply and jacking up the prices on various goods they sold to the Continental Army and to the general public. Often though, feisty colonials struck back at the gougers. In 1777, for example, when a Boston merchant was found to be hoarding imports of coffee and sugar to create an artificial shortage so he could charge exorbitant prices to the area’s families, a band of enraged Bean Town women took matters into their own hands – they beat up the guy and confiscated his stock!

It’s time for indignant citizens today to confront a new breed of shameful greed merchants: Pandemic profiteers. Such corporate scammers as Boeing, American Airlines, and Marriott have rushed to Washington, shoving aside millions of devastated victims of the COVID-19 crisis to demand that corporations be first in line for a massive government rescue.

Take Boeing. Please! Its lobbyists brazenly swarmed the Capitol pleading for $60 billion from taxpayers to protect its profits. Rather than being laughed out of town, such socialist capitalists have been handed a half-trillion-dollars of our money. Which corporations will be favored? No telling. How much would each get? They’ll tell us later, maybe. What’s the criteria? Don’t ask. What about their workers and suppliers? Let them apply for food stamps. Aren’t you cutting food stamps? Shhhhh.

Enough Democrats had enough moral fortitude to block some of the grossest giveaways in the Republicans’ $500 billion corporate boondoggle, but the greedy, profiteering giants should not have been given a single dime until the real and urgent needs of the people are met. Profiteers should be last in line… or turned over to descendants of those Boston women from 1777. 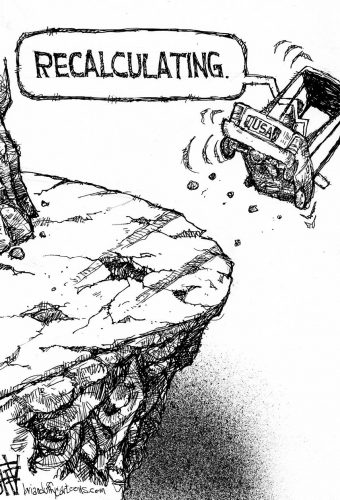