What the Texas Deep Freeze Revealed 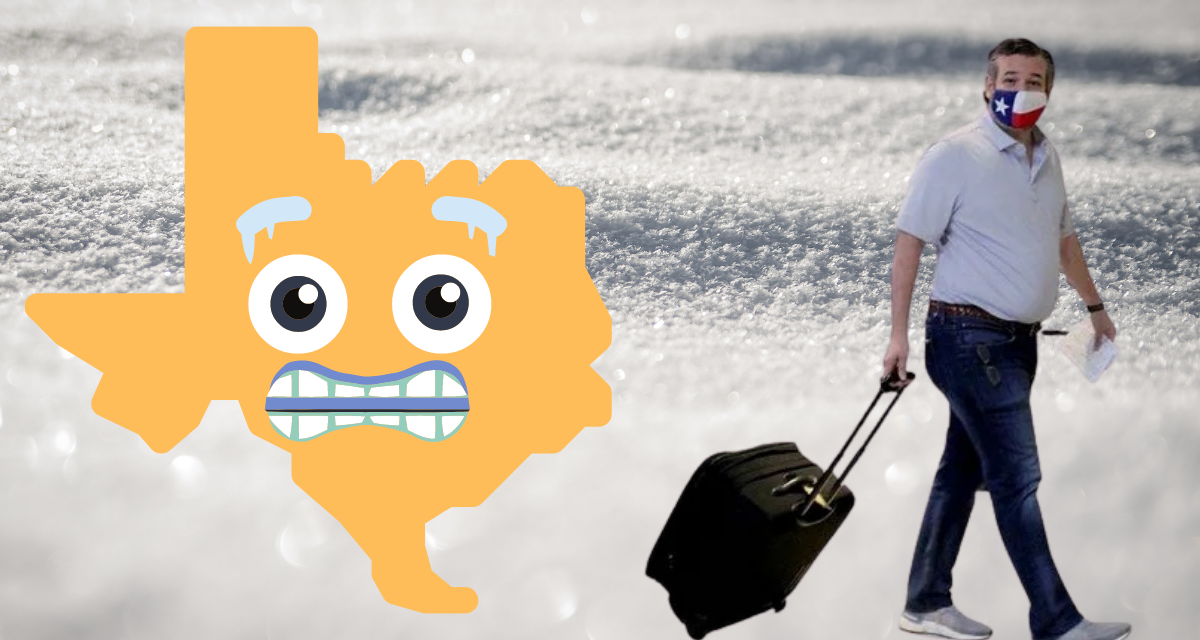 I don’t know if Nero really fiddled while Rome burned, but it certainly is true that Texas Senator Ted Cruz fiddled around while his state froze.

While Ted fled Texas for the warmth of the Ritz-Carlton resort in Cancún, Mexico, dozens of his constituents died in the 5-day deep freeze, and millions more suffered physically and financially. This disaster was not the result of a polar vortex, but of a small-minded vortex of right-wing political hokem that puts the interests of a few energy profiteers over the well-being of the people.

Among Texans now paying the price of the GOP’s fealty to corporate interests is a hard-hit group that gets little media notice: Small, local farmers. I’ve had the privilege of working with these hardy, innovative people since my days as Texas Agriculture Commissioner. They are America’s most productive, most ecologically-conscious, and most community-spirited ag producers – yet state and national farm policies serve industrial farm giants.

For example, tens of billions of our tax dollars are paid out each year in crop insurance, but the program is not geared to the realities and needs of small, local, diversified farms, few of which get any assistance. Indeed, the bulk of payments go to those least in need – the big-acreage, multimillion-dollar agribusiness operators, including Wall Street syndicates.

So, in my area of Central Texas, such efficient, enterprising farms as Boggy Creek, Eden East, and Hat and Heart lost row after row of veggies to the killer storm. That means they lost the money invested to produce those crops, lost the money they would’ve gotten by selling them, and will have to find money from somewhere to put in a new crop. None of them will get a dime from the federal program.