What would a real president do? 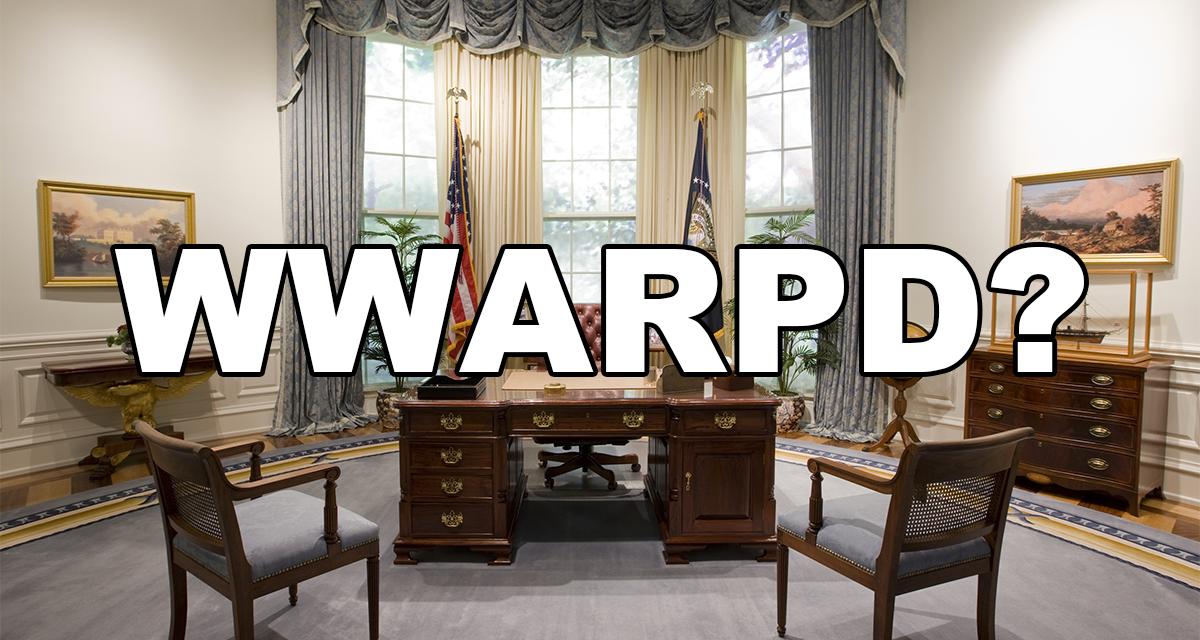 Jim Hightower's Radio Lowdown
What would a real president do?

Instead of the rule of law, the Trumpistas prefer to rule by fear.

Take immigration. “An invasion,” screeches The Donald, “a national emergency!” “The caravan is coming” he clucks excitedly, including “criminals and unknown Middle Easterners.” “Build that wall!” Whew – Chicken Little could take fearmongering lessons from this guy.

So, in the name of protecting us from an apocalypse that exists only in his own scheming head, Trump has misused our nation’s Army, autocratically suspended America’s asylum laws, allowed border agents to tear gas migrant mothers and children, separated thousands of the children from their parents, cruelly incarcerated toddlers in locked down tent camps, created chaos in our immigration court system, and vaingloriously proclaimed that we taxpayers fork over $5 billion to start building a ludicrous Great Wall of Trump in his honor.

Aside from the fact that there is no “crisis” of asylum seekers overrunning our border, is there anything that a real president might do about the increased flow of families desperately fleeing Central America? Yes!

For example: Instead of mindlessly sending troops to the border, the real need is to move in a battalion of extra immigration judges and customs officers to quickly adjudicate the swelling backlog of asylum cases. Also, greatly expand US support for international refugee programs in Central America and Mexico, so asylum claims can be processed without mass migrations to the US. And stop condoning the vicious forces pushing people to flee Central America, from police repression to the predatory practices of our own corporations.

But that would require a competent leader in the White House – not a peevish president who stamps his tiny feet and throws a Trump tantrum in a pathetic attempt to get his way.