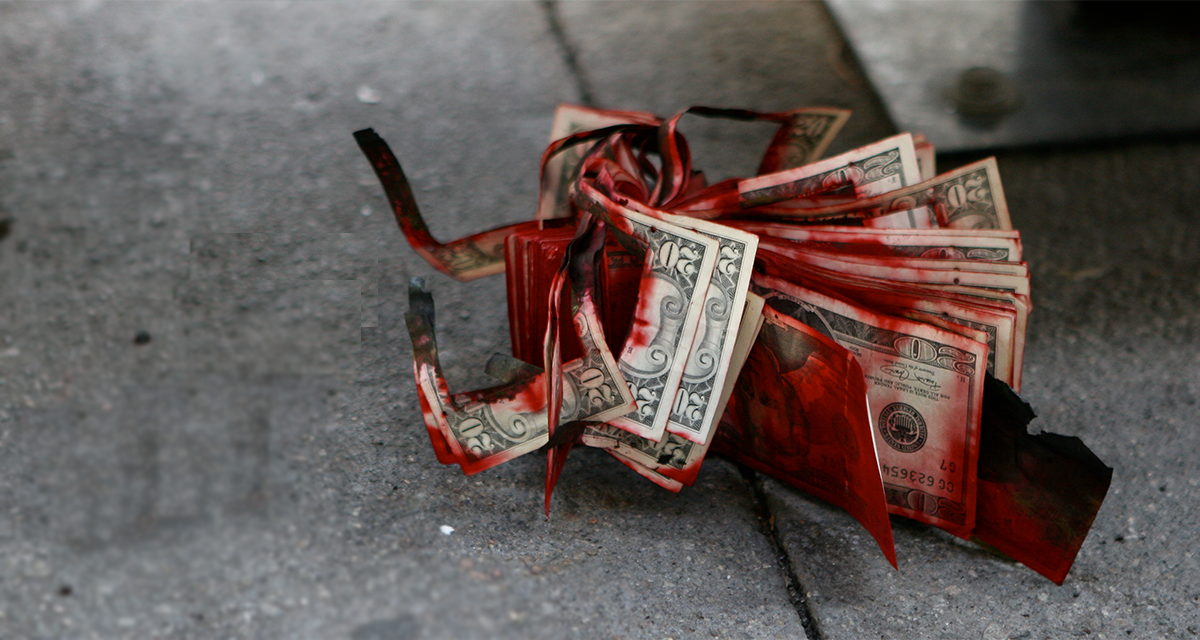 Remember way back in time, back in the old days of… 2016? Back then, Trump was on the political stump, promising that, by gollies, he would stop Wall Street bankers from scamming and robbing consumers and workers. Where did that guy go?

To Wall Street. Once ensconced in the White House, Trump has openly betrayed us by helping the financial powers get more power to gouge. In fact, he has even put six Goldman Sachs executives in America’s top economic policy positions.

For example, one obscure Goldman-Sacher named Steve Mnuchin is now honcho of the Treasury Department, overseeing America’s economy. Aside from the fact that he played an ugly role in Wall Street’s foreclosure frenzy, having forced some 10,000 homeowners out of their homes, Mnuchin also has an honesty problem. In submitting his statement of personal wealth to the US Senate – oops! – he failed to include $100 million in wealth that he had stashed in an offshore tax haven. Not trying to hide anything, just an oversight, he assured senators, claiming he was confused by the Senate’s “complicated” financial reporting forms.

Really? If this bigtime banker can’t keep track of $100-million-worth of this own real estate assets, why trust him to handle the ultra-complex wealth of our nation. Is he lying… or just incompetent?

Far from protecting us from Wall Street greed, Trump’s Goldman Sachs Alumni Club is pushing so-called “reforms” to protect Wall Street from us! Their first move is to try killing the Consumer Financial Protection Bureau, the only federal agency whose only priority is to protect common consumers from credit card gouging, bank fraud, predatory payday lenders, and other corporate thievery. Trump’s reforms are the biggest fraud of all. To battle them, contact the Consumer Federation of America: www.ConsumerFed.org.