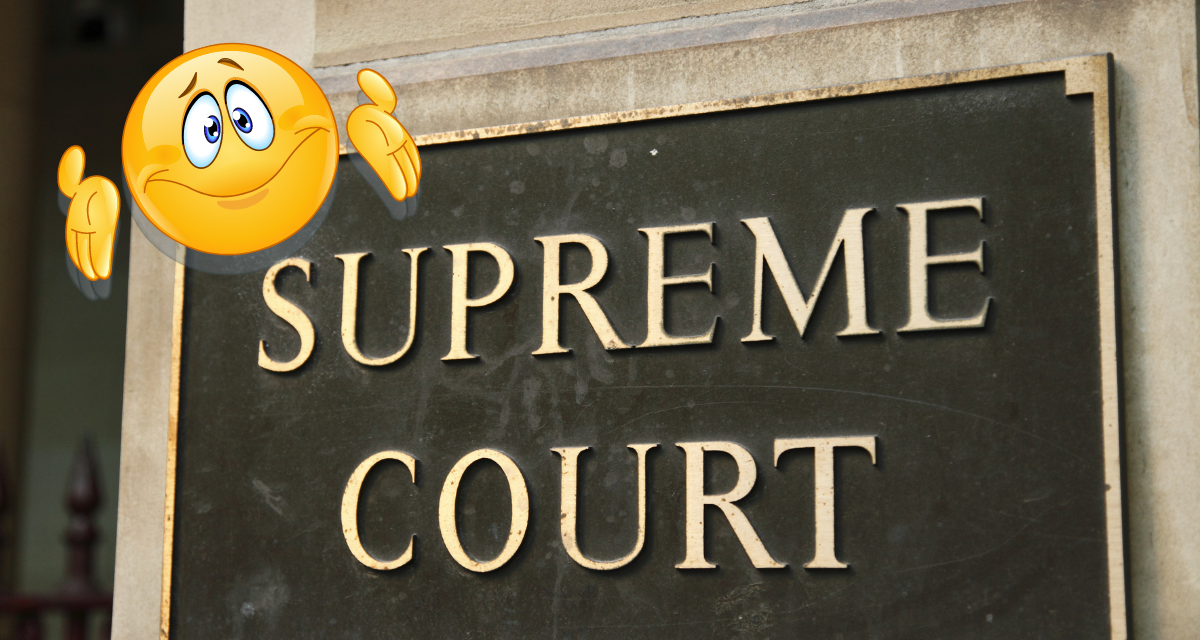 Question: How many legs does a dog have if you count the tail as a leg? Answer: Four – calling the tail a leg doesn’t make it one.

Likewise, calling a small group of partisan lawyers a “supreme” court doesn’t make it one. There’s nothing supreme about the six-pack of far-right-wing political activists who are presently soiling our people’s ideals of justice by proclaiming their own anti-democratic biases to be the law of the land. On issues of economic fairness, women’s rights, racial justice, corporate supremacy, environmental protection, theocratic rule, and other fundamentals, these unelected, black-robed extremists are imposing an illegitimate elitist agenda on America that the people do not want and ultimately will not tolerate.

Indeed, the imperiousness of the six ruling judges has already caused the court’s public approval rating to plummet, to a mere 38 percent, an historic low that ranks down there with Trump, and threatens to go as low as Congress.

This has led to a flurry of officials attesting to the honesty and political impartiality of the reigning supremes. Unfortunately for the court, these ardent defenders were the six culprits themselves.

The “integrity of the judiciary is in my bones,” pontificated Neil Gorsuch, who now stands accused of having lied to senators to win his lifetime appointment.

“[We are not] a bunch of partisan hacks,” wailed Amy Coney Barrett, a partisan extremist jammed onto the court in a partisan ploy by Trump in the last few hours of his presidency.

“Judges are not politicians,” protested John Roberts, who became Chief Justice because he was a rabid political lawyer who pushed the Supreme Court in 2000 to reject the rights of voters and install George W. Bush as president.

Remember, in America, The People are supreme! We don’t have to accept rule by an illegitimate court. For reform, go to FixTheCourt.com.