What’s being taught at Koch Kollege? 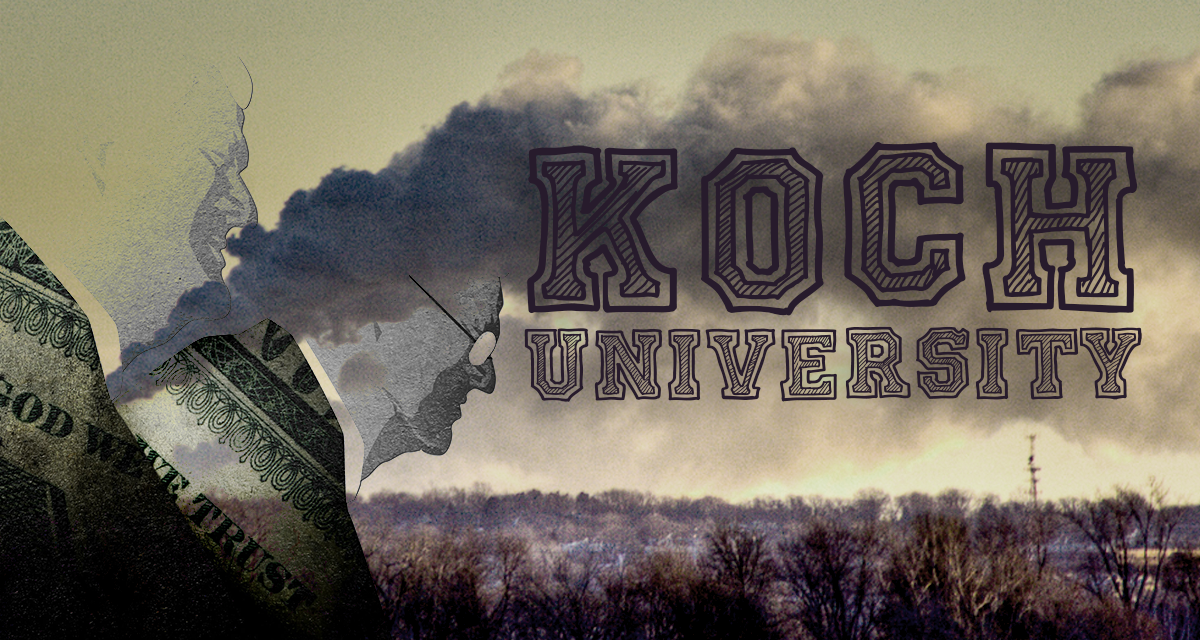 Yes, this “grassroots” outfit has been set up by the gabillionaire Koch boys to train cadres of right-wing corporatists to spread their ideological laissez-fairydust across the land. The academy is run through Americans for Prosperity, Charlie and David’s political wing, which put up $3 million to get it going. About 10,000 people have gone through some of the training sessions in three dozen states. The brothers’ grandiose scheme is to take over the Republican Party and use it as their tool to rebuild America itself into a Kochlandia, ruled by the superrich.

Even their money, however, can’t overcome one huge barrier: Their message. The academy’s curriculum, for example, is loaded with such corporate nonsense as a course titled “The Moral Case for Fossil Fuels.” Attendees are indoctrinated with two overarching lessons: (1) freewheeling corporate power – unrestrained by labor, environmental or other public protections – GOOD; (2) Social Security, unemployment benefits, and other social programs – BAAAAAAD!

Koch Kollege for right-wing social engineers is peddling a status quo agenda of corporate elitism and trickle-down ideology, which the vast majority of Americans are now openly rebelling against. It’s like trying to sell chicken salad made out of chicken manure – there’s not enough sugar in the world to make people swallow that.