What’s the difference between corporate CEO’s and pigs? 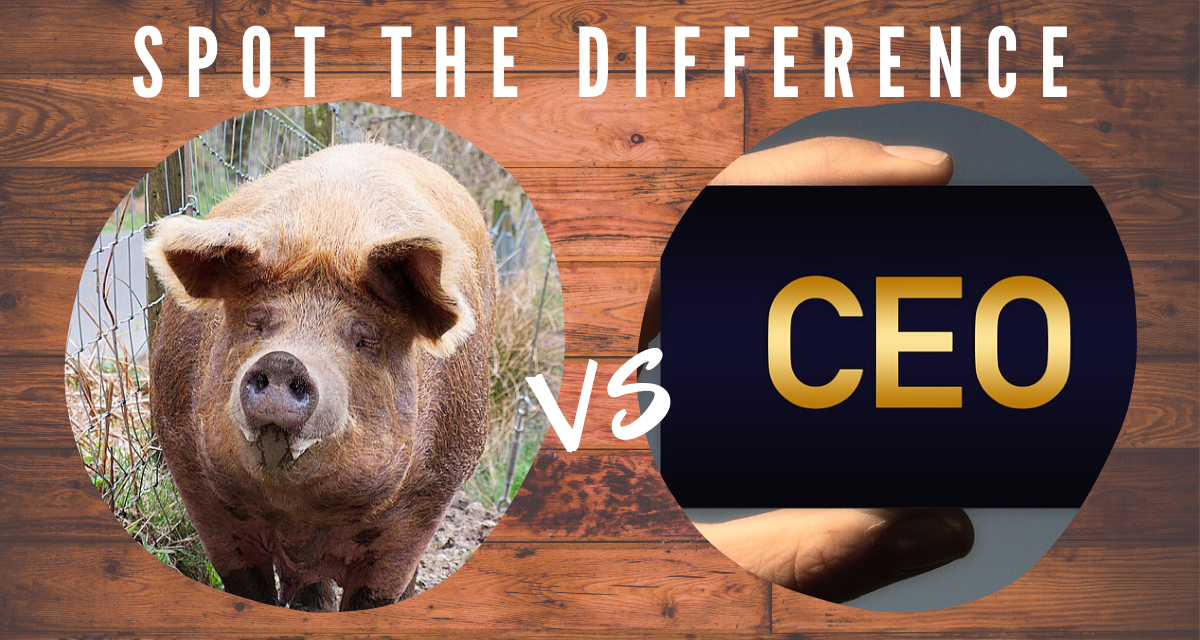 There’s a general sentiment today that multimillionaire corporate chieftains are pigs. But I think that’s unfair. To pigs. Those oinkers are remarkably intelligent animals with a sense of social responsibility to the common good of the group.

Compare that ethic to the ethic of self-entitlement expressed by pompous and petulant corporate executives like hotel magnate Monty Bennett, who recently grabbed millions of dollars in economic relief meant for small businesses. It was so stinky that even the thievish Trumpistas made him return the money. Yet, a shameless Bennett continues to insist that he deserves a government bailout: “What are all those taxes we paid supposed to provide us with, anyway,” he whined?

Well, Monty, maybe with a literate workforce, clean water, paved streets, fire and police protection, and other public basics that subsidize your business. But our taxes aren’t meant to guarantee your profit. Yet, Bennet flaunts his cluelessness: “I won’t apologize for being a capitalist in America,” exclaimed this “socialist capitalist” in March, as he was grabbing taxpayer handouts.

Indeed, he’s apparently a very poor capitalist. Last year, before the coronavirus catastrophe struck, the Ashcroft trust that he heads had a $113 million loss and saw its stock value nosedive by 80 percent. Yet, he took special care of himself, pocketing $5.7 million in personal pay.

Meanwhile, Monty is in line for more government money from Trump & Company’s new $500 billion pot of cash exclusively reserved as “emergency aid” for giant corporations. Moreover, Bennett and his ilk can take this bailout with no requirement to use any of it to protect the paychecks or save the jobs of employees. They can even use our money to raise their own pay! In CEO-World, taking care of Number One is Priority Number One. Then, as a second priority, repeat Priority Number One.