Where does inequality come from? 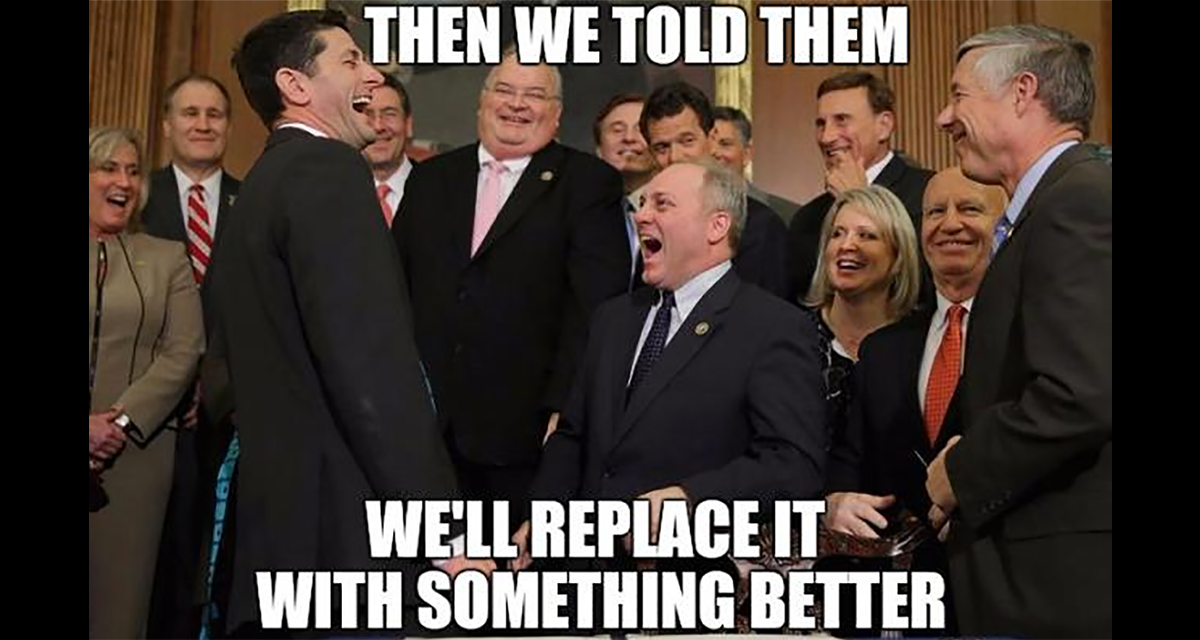 Jim Hightower's Radio Lowdown
Where does inequality come from?

The vast inequality that’s rending our society is not a natural, inevitable, or accidental phenomenon – it’s caused intentionally by policy-decisions that corporate and political officials make.

Every now and then, we commoners even get a glimpse of inequality-in-the-making, as we did recently when the GOP Boss of the House, Rep. Paul Ryan, rammed the awful Trumpcare bill through that chamber. Without allowing any public testimony or even getting an analysis of its cost, Ryan browbeat and cajoled the Republican majority to hold their noses and pass this gob of plutocratic wretchedness. Their bill was so bad that a mere 17 percent of Americans support it.

Trumpcare certainly deserves the public’s disgust, for it’s a monstrous inequality machine: It strips health coverage from at least 23 million Americans; it lets insurance corporations either refuse to cover people with pre-existing conditions or to gouge them with extreme price increases; and it lets states eliminate the requirement that insurance policies must at least cover such essential health needs as cancer treatment and maternity care.

And, in a flagrant example of directly widening inequality in America, the Republicans’ bill slashes $880 billion out of the Medicaid budget, which provides health care for the poor, the elderly, and the disabled. That’s not just a cut in dollars, but in people – 14 million needy families would lose their access to healthcare.

But that’s only the half of it. Ryan’s Trumpcare nastiness also gives a massive new tax cut to health care corporations and wealthy investors. How massive is the cut? Precisely $880 billion.

By taking from the needy and giving to the rich, this one deliberate act by Congress would further widen economic disparity in our country by nearly $1.8 trillion. That is how inequality happens.