Where does the GOP’s right-wing grouchiness come from? 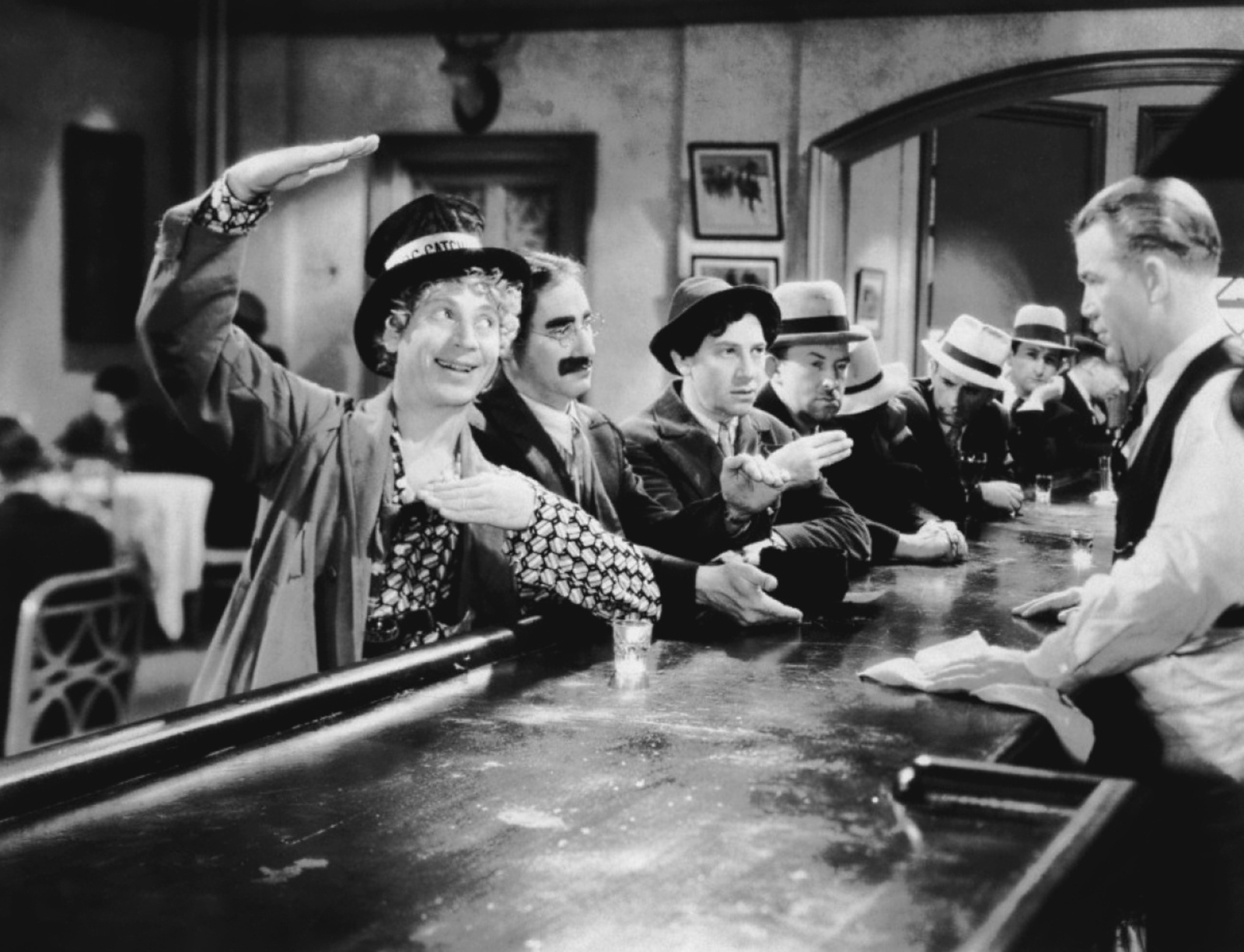 Jim Hightower's Radio Lowdown
Where does the GOP's right-wing grouchiness come from?

Tea-infused Republicans are the “anti” party – anti-science, anti-public, anti-worker, anti-environment, anti-Obama… anti-anti-anti. Where does all this bombastic negativity come from? It turns out that their sour philosophy is rooted in “Horse Feathers.” It’s a 1932 Marx Brothers musical comedy that features Groucho belting out a song with these lyrics:

“Your proposition may be good
But let’s have one thing understood
Whatever it is, I’m against it!
And even when you’ve changed it
Or condensed it
I’m against it!”

So it’s no surprise that the GOP’s Senate leaders and presidential seekers have taken a preemptory “we’re agin’ it,” head-in-the-sand stand against anyone President Obama would nominate to fill the current Supreme Court vacancy. We won’t let logic, fairness, or our duty to the Constitution reverse our petulant, purely-partisan, knee-jerk “NO,” they vaingloriously proclaim. Maybe if he nominates a corporation to sit on the court they’d change their tune, but otherwise… no!

Actually, their recalcitrance is no surprise, for the right wing has been an obstructionist group throughout our history. Indeed, there wouldn’t even be a USA if the reactionaries of the 1770s had won the day – their Tory faction adamantly opposed Jefferson, Adams, Washington, and the other “radicals” who broke from the British Monarchy to forge our independent nation. And they’ve fought every progressive advance since – abolition of slavery, extending the vote to women, protecting the rights of labor, civil rights, Social Security and Medicare, women’s rights, gay marriage, etc. etc.

So the “Grouchos” of today are just singing the same old reactionary song, still trying to shove America back into a monarchy of the rich.

“Republicans See How Long They Can Hold Their Breath,” The New York Times, February 18, 2016.

“Whatever It Is, I’m Against It,” From the Marx Brothers film “Horse Feathers, 1932.