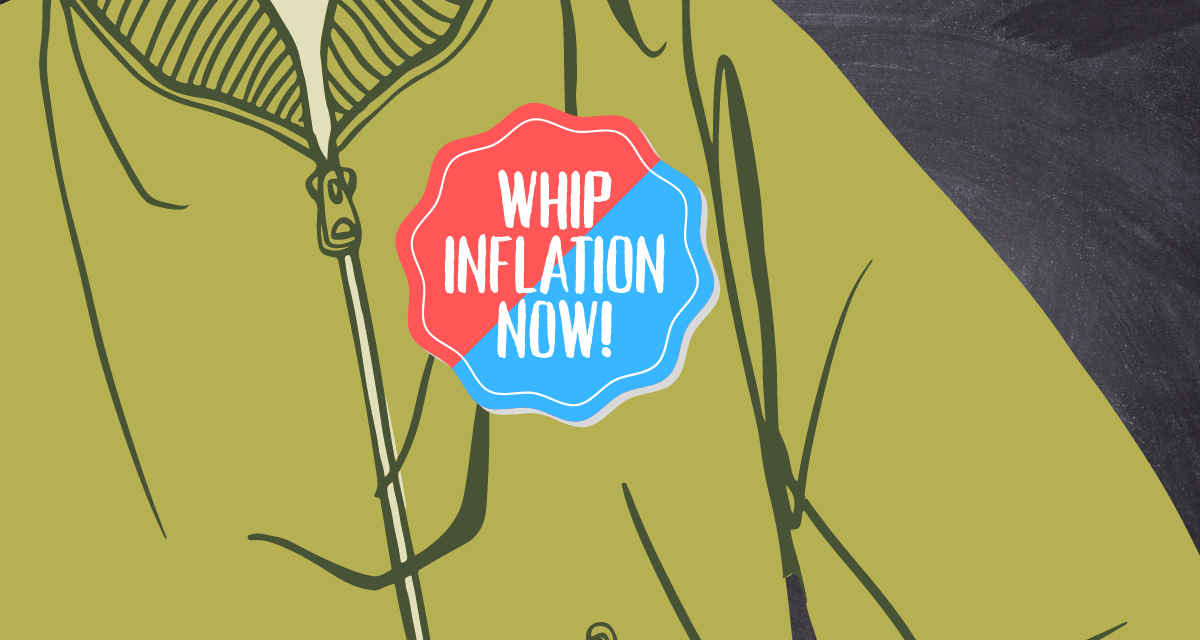 Republican politicos are all over Joe Biden for failing to stop inflation. Perhaps you wonder, though, what these squawkers would do if they were in charge?

No need to wonder – just look back to 1974, when Americans were being pummeled by price spikes that topped 12%, nearly double what we’re enduring today. But by Gollies, President Gerald Ford and his Republican contingent in Congress met the challenge head-on with a new magical program of economic uplift they called WIN – Whip Inflation Now! But it was nothing – just a political slogan with no magic and no action behind it. Price controls? Antitrust action? No, no, GOP Inc. didn’t want to offend, much less punish, corporate titans for a little profiteering, so they shifted the blame for inflation to consumers, demanding that families just say no to price gouging.

Ford himself went on national TV, urging fellow citizens to join him in buying “only those products and services priced at or below present levels.” The core of the Republican “program,” then, was telling hard-hit wage earners to battle the monopolistic behemoths of Big Oil, Big Pharma, Big Food, et al on their own by simply refusing to pay inflated prices for the gasoline, medicines, groceries, and such that–hellllooooo–they had to have.

As a reward, everyone who signed a form promising be an “Inflation Fighter” was sent a nifty WIN button, indicating their patriotic participation. Sure enough, Americans responded enthusiastically – with an avalanche of ridicule. Even Ford’s own top economic advisor, Alan Greenspan, was whopper jawed by the GOP’s idea that the substance of their policy was a political button: “It was surreal. …I said to myself. ‘This is unbelievable stupidity.’”

Yet, this time, Republican leaders are more surreal, not even pretending to have solution… and we don’t even get a button.