Who are the serial killers of America’s newspapers? 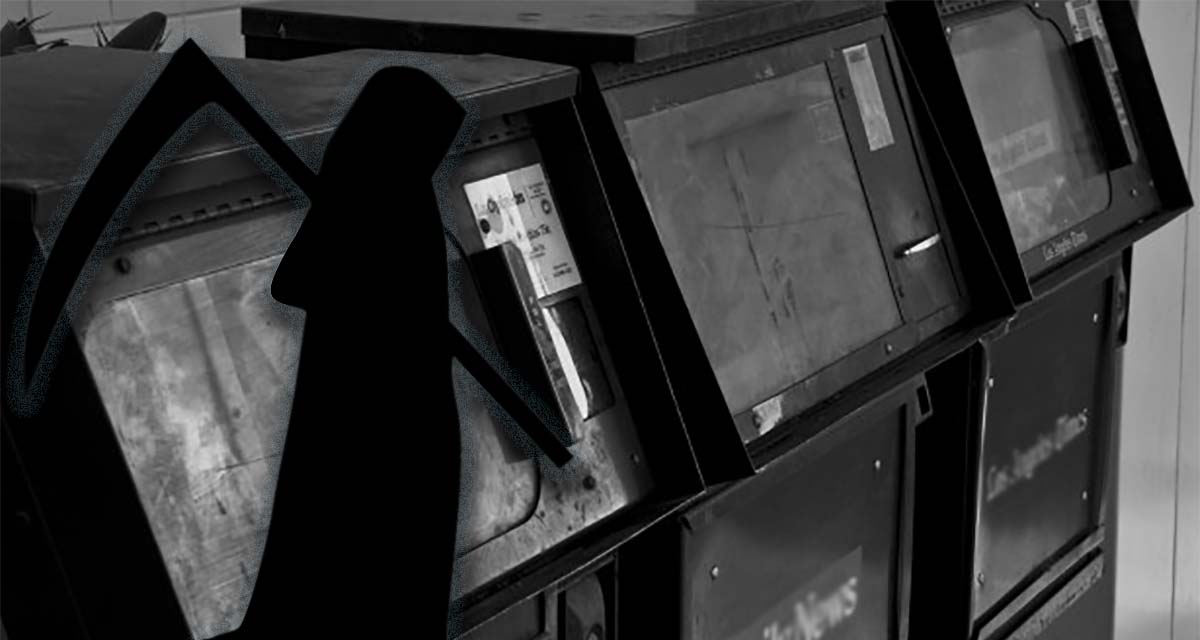 In a recent two-panel cartoon, a character holds a sign saying: “First they came for the reporters.” In the next panel, his sign says: “We don’t know what happened after that.”

It was, of course, a retort to Donald Trump’s ignorant campaign to demonize the news media as ” the enemy of the people.” But the worst enemy of America’s local and regional newspapers is not our ranting president, but a new breed of fast-buck hucksters who’ve scooped up hundreds of America’s newspapers from the bargain bins of media sell-offs.

The buyers are hedge-fund scavengers with nondescript names like Digital First and GateHouse. They know nothing about journalism and care less, for they’re Wall Street profiteers out to grab big bucks fast by slashing the journalistic staffs of each paper, voiding all employee benefits, shriveling the paper’s size and news content, selling the presses and other assets, tripling the price of their inferior product – then declaring bankruptcy, shutting down the paper, and auctioning off the bones before moving on to plunder another town’s paper.

America’s two largest newspaper chains today are not venerable publishers with a basic commitment to civic responsibility, but GateHouse and Digital First, whose managers believe that good journalism is measured by the personal profit they can squeeze from it. As revealed last year in an American Prospect article, GateHouse executives had demanded that its papers cut $27 million from their operating expenses, eliminating jobs and slashing paychecks. Meanwhile, one employee – the hedge fund’s CEO – extracted $54 million in personal pay from the conglomerate, including an $11 million bonus.

To these absentee owners, newspapers are no more than pipelines – a means of hauling enormous financial wealth and social well-being out of our communities.