Why Bernie will, should, and must stay in the race 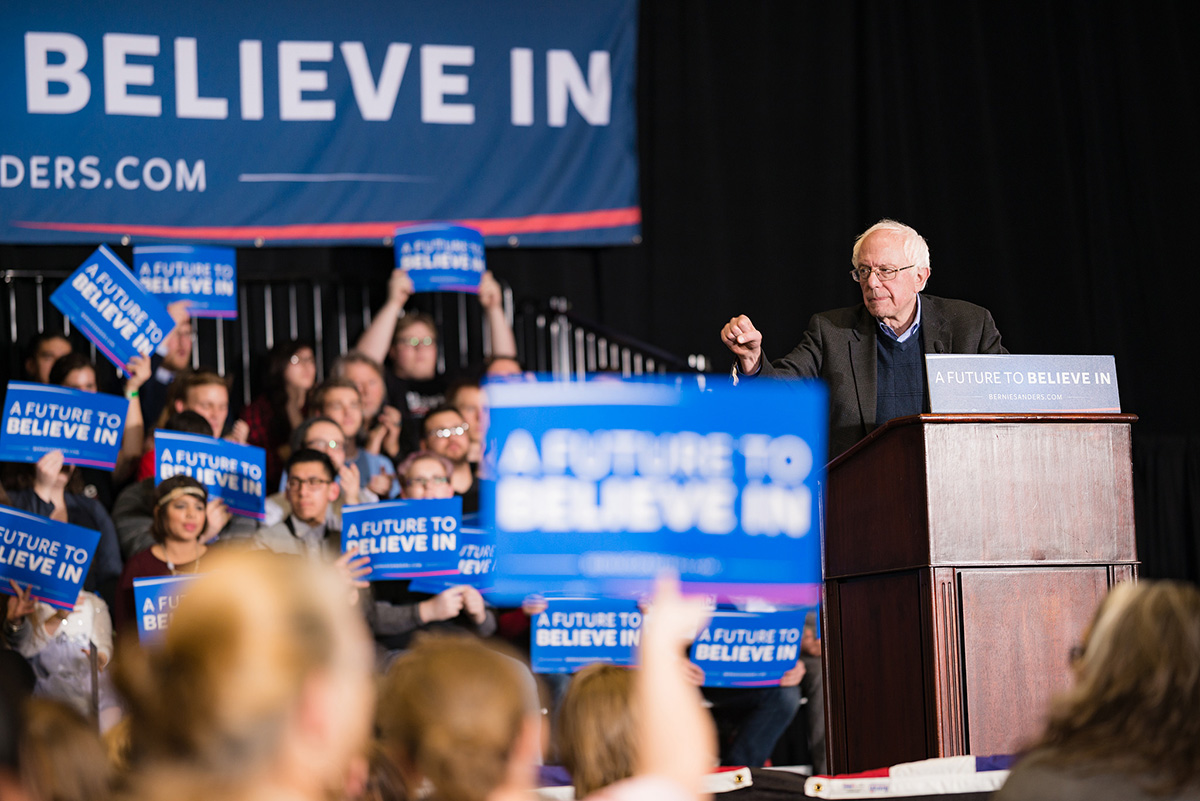 Jim Hightower's Radio Lowdown
Why Bernie will, should, and must stay in the race

Surprisingly, this week’s prize for Stupidest Political Comment in the presidential race doesn’t go to Donnie Trump or Ted Cruz.

Rather, that honor goes to the clueless cognoscenti of conventional political wisdom. They’ve made a unilateral decision that Bernie Sanders must now quit the race for the Democratic nomination. Why? Because, they say: “He Can’t Win.”

Actually, he already has. Sanders’ vivid populist vision, unabashed idealism, and big ideas for restoring America to its own people have (1) jerked the presidential debate out of the hands of status quo corporatists, (2) revitalized the class consciousness and relevance of the Democratic Party, (3) energized millions of young people to get involved, and (4) proven that Democrats don’t have to sell out to big corporate donors to run for office.

Bernie has substantively – even profoundly – changed American politics for the better, which is why he’s gaining more and more support and keeps winning delegates. From the start, he said: “This campaign is not about me” – it’s a chance for voters who’ve been disregarded and discarded to forge a new political revolution that will continue to grow beyond this election and create a true people’s government.

The keepers of the Established Order fear that, and they know that this year’s nomination is still very much up for grabs, so they’re stupidly trying to shove Sanders out before other states vote. But Bernie and the mass movement he’s fostering aren’t about to quit – they’ll organize in every primary still to come, be a major force at the Democratic convention, and keep pushing their ideals and policies in the general election… and beyond.

That’s what real politics should be – not merely a vacuous campaign to elect a personality, but a momentous democratic movement fighting for the common good.