Why is Big Business getting tax funds meant for small business? 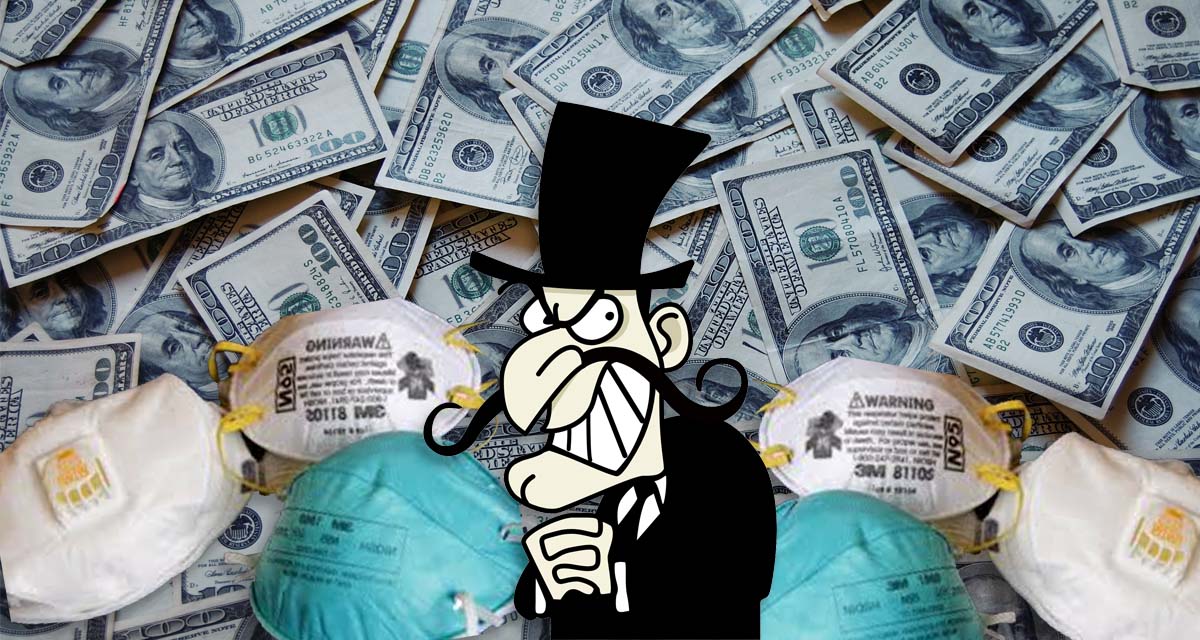 Monty Bennett was just another faceless right-wing millionaire on the long list of high-dollar donors to Donald Trump – until he suddenly surfaced in April as the nation’s biggest bagger of government cash in the emergency Paycheck Protection Program.

Bennett got $76 million from this fund meant to help small businesses keep people employed in today’s pandemic shutdown of the economy. But wait – there’s nothing mom & popish about Monty’s business. Operating through a maze of tightly interwoven financial trusts and corporate subsidiaries, he runs a sprawling, Dallas-based conglomerate named Ashford Inc. that owns and operates 130 hotels and luxury resorts all across the country, including the Marriott Beverly Hills and the Ritz-Carlton in the Virgin Islands.

How does a multibillion-dollar empire get such payments while legitimate small businesses are shut out? The old-fashioned way: By paying lobbyists and lawmakers to rig the rules to let corporate thieves raid the treasury. A major donor to Trump and GOP congress critters, Bennett pressured them to punch a special interest loophole in the program, decreeing that while a big business cannot apply for payments, each unit of a big business can.

So… gotcha! In early April, before most of America’s Main Street enterprises even knew relief was available, Ashford Inc’s squad of manipulators were running all-night sessions for each of the hotels it owns, getting them to rush out “individual” applications. This twisting of the PPP fund made the slick hotelier King of Bailout Hill, having scooped up 339 times more than the average applicant received.

In addition to stiffing small businesses, Bennett balked at the requirement that the bulk of taxpayer dollars be used to maintain the paychecks of Ashford’s hotel employees. Instead, he loudly insisted that government aid should be available to bolster corporate owners – ie, him.

Did you know that “boss,” spelled backwards, is double-S.O.B?