Why is Trump waging war on the poor? 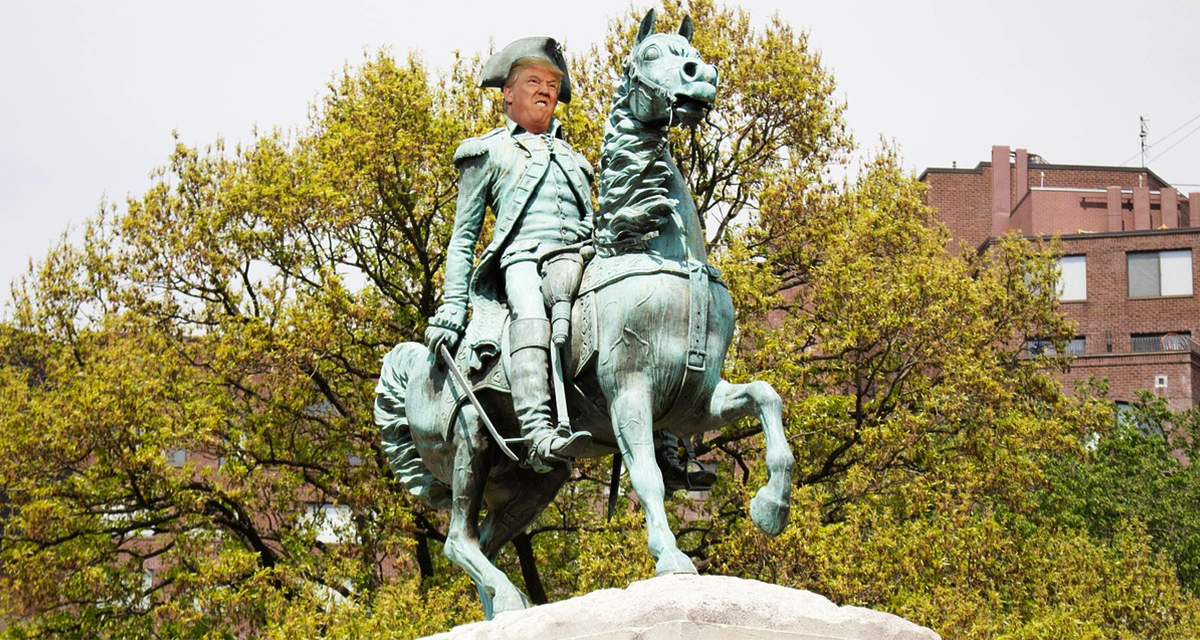 Jim Hightower's Radio Lowdown
Why is Trump waging war on the poor?

Get ready America – here we go to war!

Generalissimo Trump (whose nom de guerre is “El Donaldo,” the mucho macho presidente of the USA) is personally directing the hostilities in this assault on – surprise! – the USA. Well, not every American. He’s specifically mounting a war on our country’s poor people, though he euphemistically calls it a war of liberation. The purpose, he says, is to “free” poor families from food stamps, Medicaid, housing assistance, and America’s other programs that alleviate poverty.

“Welfare,” he snarls, as he and his militant lieutenants conduct ruthless slash-and-burn forays to defund and destroy such benefits. Their rationale is that eliminating anti-poverty assistance will not only save billions of tax dollars and reduce the federal budget deficit, but it’ll also provide a moral incentive for poor people to get jobs and work their way up to prosperity. Like El Donaldo and his billionaire buddies did.

Uh… actually, Trump inherited a real estate fortune from his Daddy Fred, and he expanded it by relying on billions of dollars in government subsidies, tax breaks, and special favors. As for working, most poor people already have jobs, but the miserly pay of those jobs mire them in poverty and drudgery. Even more significant, the vicious, laissez-fairyland sense of moral superiority possessed by pampered political elites like Trump lead them to be intentionally cruel to the poor.

This is Jim Hightower saying… He, his cabinet of multimillionaires, and such Koch-headed congressional ideologues as GOP House Speaker Paul Ryan, and Sen. Majority Leader Mitch McConnell are so disdainful of the needy that they have a perverse impulse to punish them – as though being poor is not punishment enough. It’s said that war is hell, but their war on the poor is truly satanic.

“For the Poor, the Old and the Disabled, Government Propose a Rent Increase,” New York Times, April 26, 2018

“Ben Carson Wants to Triple Rent for the Poorest of the Poor,” New York Magazine, April 26, 2018