What will the Trump mob kill next? 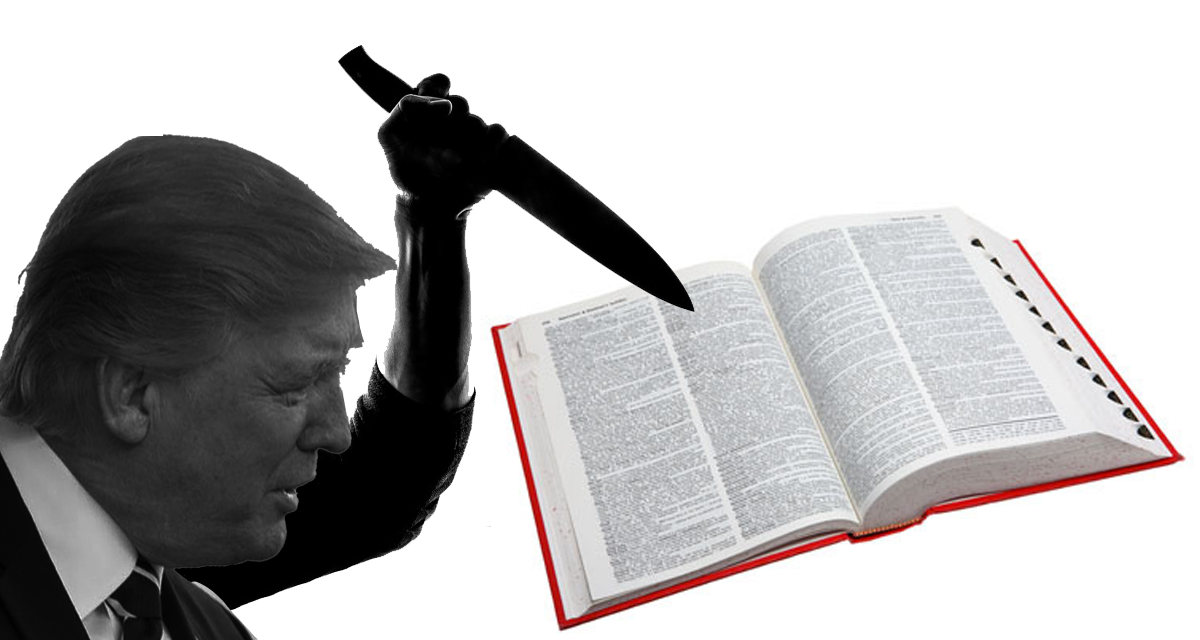 Specifically they’ve been serial killers of the English Language. The word “Fact” was their first victim, assassinated last year by one of Trump’s mobsters who poisoned it with a toxic substance named: “Alternative Fact.”

Their latest hit was a celebrated word from the literary world: “Satire.” It embodies the artful use of sarcasm and ridicule to expose the vanity and vice of public figures, but Trump himself killed satire by starving it of any meaning. How can anyone satirize a presidency that is, in reality, nothing but a fully-staged satire of vanity and vice? Satire involves exaggerating the flaws, mannerisms, etc. of various characters to convey how corrupt and contemptible they are – but it’s impossible to exaggerate the awfulness of an administration that gleefully flaunts its awfulness every day.

Take Trump’s proposed budget… please! Delivered just in time for Valentine’s Day, it’s a stab to the heart of the people, intentionally increasing poverty and hunger across our country. It would slash programs providing essential food, housing, and even heating assistance for about 50 million Americans – mostly children, old folks, poverty-wage workers, and disabled people.

Then there’s Medicare and Medicaid, which most working class Americans count on. Candidate Trump promised us that “there will be no cuts” in funding for these programs. But his Valentine budget features – guess what? – hundreds of billions of dollars in cuts to Medicare and Medicaid. Not only has his cynicism killed satire, but his cynical health care cuts could also kill you.

Presidential budgets aren’t just numbers, they’re statements of a president’s moral principles. No work of satire could ridicule Trump’s morality as effectively as his own budget does.